On February 6, 2019, Juan Gil-Alejo was sentenced to 2 ½ years in prison and ordered to pay over $3.9 million in restitution, joint and several, after pleading guilty to a charge of conspiracy to commit health care fraud and wire fraud.

According to the indictment, Gil-Alejo was the owner of Sonic Pharmacy Inc., and co-owner of RX Quality Pharmacy, both located in the greater-Miami, area. Gil-Alejo and his co-conspirators obtained the names and medical identification of Medicare beneficiaries and doctors in order to submit fraudulent claims for prescription drugs to Medicare for reimbursement. However, the prescribed drugs were not medically necessary nor provided to the beneficiaries.

Consequently, Medicare and Medicare drug plan sponsors made a combined $2.9 million in overpayments to Sonic and RX Quality pharmacies.

Gil-Alejo absconded to his native Cuba after being indicted in June 2015. On September 4, 2018, he was apprehended while attempting to reenter the United States on an inbound fight from Havana, Cuba to Tampa, Florida. 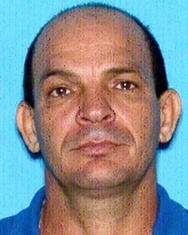