On March 23, 2018, fugitive Antonio Quevedo-Ledo was detained by U.S. Customs and Border Protection at Miami International Airport after arriving from a flight from Cuba. He was indicted in January 2010 on charges of health care Fraud and Forfeiture. He was sentenced in August 2018 to a year-and-a-half in prison and ordered to pay $443,948 in restitution.

Quevedo-Ledo owned AIC Pharmacy in Miami Florida. Investigators believe that, during a 3-week span in June 2009, Quevedo-Ledo caused the pharmacy to submit approximately $757,468 in Medicare claims for various health care benefits, items, and services. However, these benefits, items, and services were either not medically necessary or were not provided to Medicare beneficiaries.

An arrest warrant was issued for Quevedo-Ledo in January 2010. He remained a fugitive at-large until his capture in March 2018. 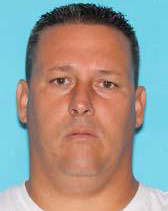