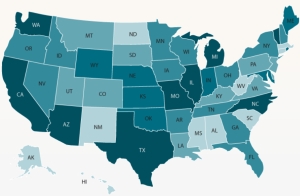 WHY WE DID THIS REVIEW

HOW WE DID THIS REVIEW

OIG analyzed complaints regarding Medicare/Medicaid-certified nursing homes and associated investigation information entered into CMS's Automated Survey Processing Environment Complaints/Incidents Tracking System from 2016 through 2018. We analyzed these data to determine: (1) the number of nursing home complaints that States received; (2) the percentage of complaints that States prioritized as the most serious; and (3) the percentage of the most serious complaints that States investigated onsite within required timeframes. Furthermore, we conducted State and CMS interviews. Lastly, we reviewed a purposive sample of States' corrective action plans for fiscal years 2016 through 2018.

The rate of nursing home complaints per 1,000 nursing home residents increased from 45 in 2015 to 52 in 2018. Twenty-one States failed to meet CMS's timeliness threshold for the second-most serious level of complaints in all 3 years from 2016 through 2018, and 10 of these States did not meet the threshold for 8 consecutive years, from 2011 through 2018. Of the five States that fell short in timely investigation of the most serious nursing home complaints from 2011 through 2015, Georgia had limited improvement, while Arizona, Maryland, New York, and Tennessee continued to fall short through 2018. Furthermore, we found that from 2016 through 2018, trends in late investigations of complaints in New Jersey, Illinois, and Texas raise concerns.