This is Real - Episode 3: The Puzzle

Investigating Medicaid fraud can be difficult, especially when there are so many different players involved. Agent Lewis has a puzzle on her hands, and the pieces aren't fitting where they should. We follow Agent Lewis as she tracks a home health care fraud scheme that has grown rampant across the Washington, D.C. 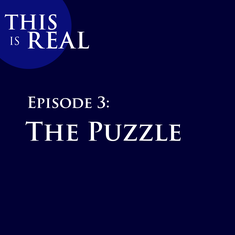 Welcome to This is Real, a podcast series produced by the Department of Health and Human Services Office of Inspector General.

I'm Todd Silver, and in our last episode, we dove into the investigation of Florence Bikundi and her home health care company, Global Healthcare.

[Curtis: "We're talking, you know, close to $80 million in services had been paid to an individual who should have never received any of that money because she's excluded."]

The 2014 takedown in our nation's capital resulted in over 30 arrests, including the arrest - and eventual conviction - of Florence Bikundi.

In this episode of This is Real, you're going to hear about another complex, wide-ranging Medicaid fraud scheme from this takedown.

This scheme involved patient recruiters meeting up with beneficiaries in homeless shelters, and then paying them to act like they needed home health care services.

Yes, you heard that right - beneficiaries in homeless shelters were getting cash to pretend that they needed specialized services in their home.

Let's go over the details of the case.

The agency first learned of this case from the D.C. Department of Healthcare Finance, along with anonymous complaints from Medicaid recipients.

Agent Lewis was the lead investigator on this case. After receiving multiple tips and conducting dozens of interviews, she suspected widespread fraud in D.C.'s home health care program.

[Agent Lewis: "I've never seen this in any of my other cases. And I was actually, I still couldn't believe what I was seeing, and it was so rampant all across the District."]

The Medicaid fraud seemed to go beyond a single scheme. As Agent Lewis said, it was everywhere.

In the D.C. area, it wasn't just one company. It seemed to involve all aspects of the home health care industry.

-You had companies allegedly paying patient recruiters to bring in Medicaid beneficiaries.

-Once they were recruited, the beneficiaries were getting paid cash to act like they needed home health care.

-Then you had doctors allegedly getting paid to sign off on the home health care plans that weren't medically necessary.

-And you had personal care attendants getting paid, but they weren't performing home health care services.

And this was happening all over the city. Like Agent Curtis would say, it ran like clockwork.

Since there are so many moving parts, we're going to break this down piece by piece.

Let's start with the beneficiaries and the patient recruiters.

[Lewis: "For example if they went down near the homeless shelter, they'd just hang out on the street and if people would come by, they would say 'Hi, do you have Medicaid?' And the person would say yes. If they say yes, they'd say 'Is it straight Medicaid?' And they, you know, there's a 1-800 number that you can call to verify that the person actually has Medicaid. And so they would do that just to verify that the person really has Medicaid and, you know, can get the services. But once they tell one person, that person tells a friend, and it just grows."]

Hold up. Did you catch that? I want to play that again…

[Lewis: "There's a 1-800 number that you can call to verify that the person actually has Medicaid… and, you know, can get the services."]

Once a recruiter obtained a person's Medicaid information, they called the 800-number to verify the Medicaid ID was active.

This is something normal providers do every day, to ensure that their patients' medical information is accurate - it's like when they ask you for your insurance card at the doctor's office.

But unlike normal doctors, these patient recruiters were using the hotline to ensure they could bill Medicaid and leverage their schemes.

In other words, they were treating the Medicaid cards like an ATM.

An ATM at the bank of the taxpayer. Remember whose money we're talking about. These people are stealing from the Medicaid program, and who pays for Medicaid?

That's right, you and me.

It comes out of our paychecks, each and every pay period. And some of our hard-earned pay is going right into the pockets of these criminals.

To make matters worse, without this money, Medicaid beneficiaries who really need care, may not be getting it.

[Lewis: "And that's one thing that we stressed to the Medicaid recipients when we went out to interview them. They're, you know, by participating in the fraud, they're helping to diminish the Medicaid funds. You know this money is needed and at any point it can be reduced and the services, you know, you might not be able to receive the services when you actually need them."]

There's something about this story that doesn't make sense. Why were patient recruiters visiting homeless shelters and signing up homeless beneficiaries for home health care? Why would they need home health care if they didn't have a home?

I asked Agent Lewis if this was legal…

Lewis: "It's not illegal, but it's quite obvious. I mean, it's a homeless shelter - they just pretty much stay there for the night. And we actually went to the homeless shelter and interviewed the staff there. And they did tell us that at one time they were allowing the personal care aides to come in and assist, and they found them sitting in the TV room with their feet up watching television and not doing anything. So, they said they put a stop to it because there were more and more coming in every day, so they actually ended the you know, the whole process of the personal care aides coming in to allegedly provide care."]

The beneficiaries were receiving two to three hundred dollars a month to participate in this scheme.

Pretty much all they had to do was share their Medicaid card, go see a doctor, and fill out some paperwork.

That's as close to free money as it gets. But what the beneficiaries weren't seeing were the ultimate consequences of their actions.

[Lewis: "That money could be used for other Medicaid recipients who really need personal care services. And you see people waiting to receive personal care - they really need it. It's disheartening. And I think that the service is more important than them receiving cash in exchange for a signature."]

While the beneficiaries were treated as cogs, the patient recruiters were the engine of the scheme.

In some cases, the patient recruiters were also the personal care aides.

Agent Lewis found that the personal care aides were often working for multiple home health care companies at the same time, and they were billing for excessive hours for a job that was never fully done - if it was done at all.

Agent Lewis was building a strong case against the personal care aides, but what about the home health care companies?

Was there an illegal partnership between them? Were the home health care companies paying the personal care aides to recruit Medicaid beneficiaries?

[Lewis: "I'm pretty sure the companies knew about it because some of the recruiters that we identified would sit in the doctor's office - like at the front desk. So they had a relationship with some of the physicians, so we knew that at least the physicians knew what was going on. So there's no way to me the companies didn't know what was going on.

We never could prove that there was a coordinated hierarchy. So the only thing we really could prove is that the personal care aides were recruiting, or they had recruiters, and that they were paying the recipients for their signature."]

If the personal care aides were paying off the beneficiaries, how could you prove that the companies were A) aware, and B) in on the scheme?

Imagine yourself in Agent Lewis's shoes. You've spent years laboring over boxes of patient information and financial records, but there was no smoking gun.

You've interviewed dozens of personal care aides, but none of them would flip on the home health care companies.

I mean we hear all the time to just follow the money, but tracing the money back to the home health care companies proved to be…difficult.

[Lewis: "I know when we first started the home health cases - one of my first cases - there was a personal care aide who was stealing from the Medicaid recipients. And when we went in to interview the owner of the company, they were very cooperative. They provided us all the documents we needed, and everything. They actually fired the employee who was committing the fraud, or stealing. So they were very cooperative - anything we asked for they provided to us."

Todd: "So you're saying the companies may not have known that this fraud was going on, that maybe they were legitimate agencies but they had some bad actors?"

This was turning out to be more than just a run-of-the-mill Medicaid fraud scheme, like a simple false-billing case. It was a complex puzzle with multiple pieces that didn't seem to fit where they should.

At this point, she knew the personal care aides and the Medicaid beneficiaries were in cahoots, but the home health care companies being part of the fraud? That was still just a theory.

The other piece of the puzzle was the doctors. Were they involved in the scheme, or were they just innocent victims?

This uncertainty made the doctors a focal point of Agent Lewis's investigation.

On one hand, Agent Lewis said she received complaints from doctors that personal care aides were pressuring them to sign fraudulent plans of care.

On the other hand, what she saw at the doctors' offices? That led her to believe they were in on the scheme.

[Lewis: "Their offices would be overflowing with patients. There would be lines of patients, down the, down the sidewalk just waiting to get in so they can get their paperwork signed."]

Seems like all this evidence would be enough to show the doctors were complicit in the scheme, but would it hold up in court?

The simple answer was no. Agent Lewis knew she needed more concrete evidence, like money changing hands or someone willing to testify against a doctor.

Her interviews with witnesses were valuable to the investigation overall, but no one would flip on the doctors, and there was no evidence of doctors getting kickbacks.

[Lewis: "I think there had to be some level of cooperation between the doctor and, you know, the home health agencies and the personal care aides and recruiters. But the thing for us is we have to prove that."]

Agent Lewis didn't have enough solid evidence to go after the doctors or the companies.

She was running out of leads, and. needed a different approach.

Next time on This is Real:

[Agent Rogers: "I just remember one other time just sitting in the car with these guys and they, they questioned whether or not I was a police officer…that, uh, you know, had the heart beating, kept me on my toes there, when he asked me that just out of the blue, you know. 'Man, you sure you're not a police officer? Are you police?'"]

Until then, I'm Todd Silver, thanks for listening.

This is Real is produced by the Department of Health and Human Services, Office of Inspector General. The agency reminds you that if you suspect fraud, waste, or abuse in any HHS programs including Medicaid or Medicare, report it to our Hotline at 800-447-8477, or 800-HHS-TIPS. Visit oig.hhs.gov for more information. Follow us on Twitter, like us on Facebook, and watch us on YouTube.