Dr. Michael Cohen, an operations officer in the Office of Investigations, is interviewed by Tyler Daniels, a public affairs specialist in Washington DC. 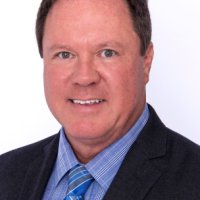 [Tyler Daniels] What is the HHS Office of Inspector General doing to combat the ongoing opioid epidemic?

[Dr. Michael Cohen] And it isn't just Medicare and Medicaid beneficiaries at risk; as often these drugs are schemed and then stolen from our programs and sold on the streets, and this contributes to a lot of the young overdoses you see on the news.

The United States is in the midst of an opioid epidemic. In 2015, more than 33,000 people died from opioid overdoses in the US, and nearly half of those deaths involved a prescription opioid. The Department of Health and Human Services Office of Inspector General [or HHS OIG] is a premier healthcare law enforcement agency that's been working to combat the opioid epidemic.

I'm Tyler Daniels and today I'm speaking with Dr. Michael Cohen, from OIG's Office of Investigations, in Miami. And we're chatting about some of the OIG's recent work. Dr. Cohen thanks for joining us today

So what is OIG's role in the opioid drug epidemic?

[Dr. Michael Cohen] Thank you Tyler. Well the OIG has a dual role. We have to protect the financial health of our program, but we also have a patient-harm mission to ensure our beneficiaries are kept safe. The program actually spends an enormous amount of money on pharmaceuticals, according to a recent Office of Evaluations data brief report, the all-cost spending in Medicare Part D pharmaceuticals is over $137B, plus almost $50B in Medicaid drug spending.

And it isn't just Medicare and Medicaid beneficiaries at risk; as often these drugs are schemed and stolen from our programs and then sold on the streets, and this contributes to a lot of the young overdoses you see on the news.

For example, pharmaceutical fentanyl, can be actually 100 times more potent than morphine. We have to keep tight controls on drugs like this.

And our mission has some joint overlap but also some differences from the DEA. The DEA covers all controlled substances, including street drugs like heroin and cocaine. Both OIG and the DEA have a combined oversight over medical controlled drugs like oxycodone and morphine. But OIG also has separate oversight over non-controlled prescription drugs, and these are often combined with opioids in recent drug recipes of abuse.

[Tyler Daniels] And what steps is the OIG taking to fight the epidemic?

[Dr. Michael Cohen] Both drug abuse and diversion has become prevalent in our programs, and OIG has actually made it a priority by making it one of our key performance Indicators, where we evaluate specific metrics that help enable our staff to coordinate our work in the opioid effort.

OIG is also fighting the epidemic by expanding our educational programs, our opioid focused reports, our outreach with private plans as well as the Senior Medicare Patrol. We're also reviewing data on dangerous opioid prescribing levels to our beneficiaries.

[Tyler Daniels] Dr. Cohen, can you give a few examples of an opioid related case that the HHS OIG would investigate?

[Dr. Michael Cohen] Well in one case example, David Kwiatkowski was a traveling hospital worker who happened to also be drug addicted. He would travel from state to state, obtaining new licenses along the way, often after getting in trouble in a prior state. While in a New Hampshire hospital, he would steal syringes of fentanyl. This fentanyl was for patients waiting for surgery. He would then inject the drugs into himself, and he would replace the drug in the syringe with saline. But while he was refilling those syringes he tainted them with hepatitis C that he was carrying. He subsequently infected 30 patients with hepatitis. Kwiatkowski was caught, investigated, and sentenced to 39 years.

Our investigations may include any illegal activity involving the medical provider writing the scripts, the pharmacy filling the scripts, wholesalers, or even a drug manufacturer that's illegally promoting or allowing access to opioid medications or other controlled substances.

Schemes we might investigate could involving opioids and medically unnecessary prescribing, fake prescriptions, those involving medical identity theft, the payment of kickbacks, or even diversion and street sales. We've even seen examples of stealing from vulnerable patients in nursing homes.

[Tyler Daniels] And what should lawful prescription drug users look out for to help stop this fraud?

[Dr. Michael Cohen] Patients should check their Explanation of Benefits paperwork for any errors or drugs that appear. And also make absolutely certain not to disclose any medical identification such as your insurance information or social security number to any online sites or to any suspicious phone callers.

And don't let anyone try to pay you or borrow your medical insurance.

Do not purchase drugs form the online sites on the internet.

And lastly, when receiving an opioid prescription, make sure that you really need it, and if you do, get only the minimum amount necessary. Don't keep leftovers in the medicine cabinet. Rather safely dispose of unused portions of prescription drugs immediately.

[Tyler Daniels] What should do if you suspect fraud or diversion activity?

[Dr. Michael Cohen] So if you notice something not billed correctly to you, contact your provider or your pharmacy to see if there was a correctable error. If you were a victim of a theft, contact local law enforcement immediately. But if you suspect Medicare provider fraud or drug diversion, contact our OIG hotline through the online reporting system, or call 1-800-HHS-TIPS.

[Tyler Daniels] You can learn more about the OIG's work on our website oig.hhs.gov. That's all we have time for today. I'm Tyler Daniels and thanks for listening.