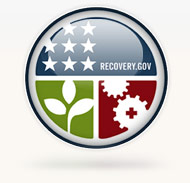 HHS OIG is committed to improving the quality of non-Federal audits. In accordance with our responsibilities for audit work performed by non-federal auditors on Federal programs, OIG issued two QCR reports in November 2011. Based on our reviews, we determined that both of the audits were acceptable with deficiencies. According to the CIGIE Guide, an audit that is acceptable with deficiencies is defined as an audit for which the audit documentation contains quality deficiencies that should be brought to the attention of the auditor (and auditee, as appropriate) for correction in future audits.