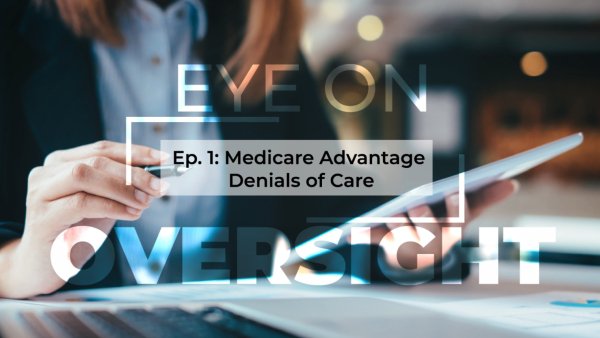 We selected a stratified random sample of 250 prior authorization denials and 250 payment denials issued by 15 of the largest MAOs during June 1-7, 2019. Health care coding experts conducted case file reviews of all cases, and physician reviewers examined medical records for a subset of cases. From these results, we estimated the rates at which MAOs denied prior authorization and payment requests that met Medicare coverage and MAO billing rules. We also examined the reasons that these denials occurred and the types of services associated with these denials in our sample.

Second, MAOs indicated that some prior authorization requests did not have enough documentation to support approval, yet our reviewers found that the existing beneficiary medical records were sufficient to support the medical necessity of the services.

Payment requests. We found that, among the payment requests that MAOs denied, 18 percent of the requests met Medicare coverage rules and MAO billing rules. Most of these payment denials in our sample were caused by human error during manual claims processing reviews (e.g., overlooking a document) and system processing errors (e.g., the MAO's system was not programmed or updated correctly).

We also found that MAOs reversed some of the denied prior authorization and payment requests that met Medicare coverage and MAO billing rules. Often the reversals occurred when a beneficiary or provider appealed or disputed the denial, and in some cases MAOs identified their own errors.

Our findings about the causes and circumstances under which MAOs denied prior authorization or payment for requests that met Medicare coverage and MAO billing rules provide an opportunity for improvement to ensure that Medicare Advantage beneficiaries have timely access to all necessary health care services, and that providers are paid appropriately. Therefore, we recommend that CMS: